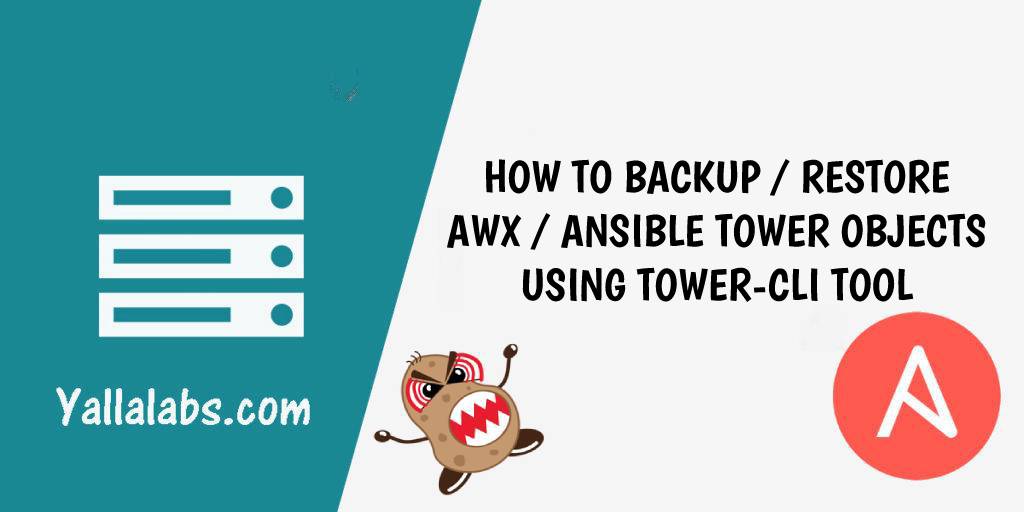 Tower-cli is a command line tool for Ansible Tower. It allows Ansible Tower / AWX commands to be easily run from the Unix command line. In addition to, it can also be used as a client library for other python apps, or as a reference for others developing API interactions with Tower’s REST API.

This quick tutorial is a part of the Get Started with Awx / Ansible Tower series. Furthermore, we will explore how to use tower-cli tool to backup and restore your configuration objects.

1. Execute the following command to take a complete backup of all the configuration objects in JSON format file:

2. To export just only the credentials, you can use the below command:

3. To export all the configuration without the organization objects for example, you can execute the following command:

1. To Perform a restore of the configuration from the backup file is also very easy, just run the following command:

2. To perform a restore to another Awx /Ansible Tower instance, you can use the below command:

3. Import anything except an organization defined in a JSON file named organizations.json:

You have You have learned how to use Tower-cli tool to backup and restore configuration objects in your Awx / Ansible Tower. So, for more information you can check the Tower-cli Documentation page.

How to create a Yum Repository Server...

Getting Started With Ansible

How to Install Android Studio on Ubuntu...

How To Check The Folder Size With...

Hi, I have the next problem:

When i tried restore the credentials have the error with python. Any idea? As subject, have AWX 8.0.0 in Centos 7. Regards.